What could be simpler than returning HTTP status codes? Did the page render? Great, return 200. Does the page not exist? That’s a 404. Do I want to redirect the user to another page? 302, or maybe 301.

I like to imagine that HTTP status codes are like CB 10 codes. “Breaker breaker, this is White Chocolate Thunder. We’ve got a 200 OK here.”

Life is bliss, well… until someone tells you you’re not doing this REST thing. Next thing you know, you can’t sleep at night because you need to know if your new resource returns the RFC-compliant, Roy-Fielding-approved status code. Is it just a 200 here? Or should it really be a 204 No Content? No, definitely a 202 Accepted… or is that a 201 Created?

What complicates matters is that the official HTTP/1.1 guidelines — the RFC — was originally written in 1997.† That’s the year you went surfing the cyberweb in Netscape Navigator on your 33.6kbps modem. It’s a little like trying to apply Sun Tzu’s Art of War to modern business strategy. Timeless advice, to be sure, but I haven’t yet figured out how The Five Ways to Attack With Fire are going to help me do market validation. 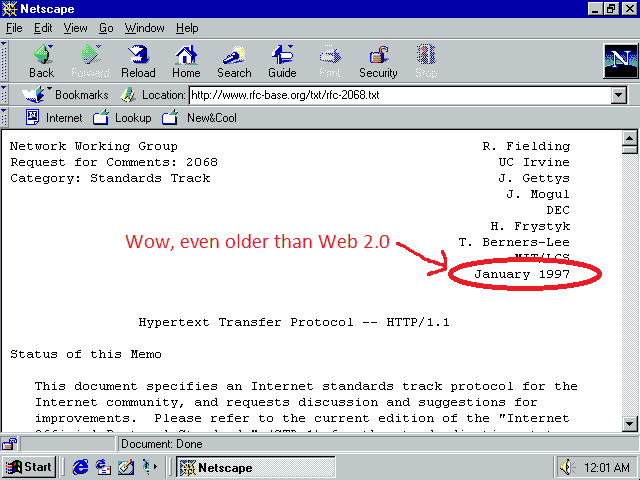 If only there was some kind of visual decision tree that would let you quickly identify the few status codes that were relevant to your situation so you could ignore the obsolete and irrelevant ones. 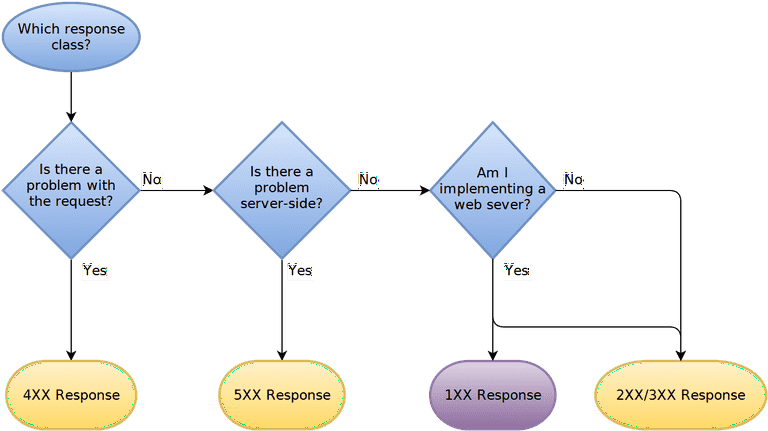 It may seem ridiculously obvious, but I’ve see too many people get lost in the weeds wondering whether, “is this more of a 503 Service Unavailable or a 404 Not Found?” Stop. If you ever find yourself deliberating between specific codes in entirely different response classes, you’re doing it wrong. Go back and look at the above flowchart.

A few notes before you dive in to specific flowcharts:

Last but not least, a disclaimer: I have no qualifications to write on the subject, other than that I’m a guy who’s read some RFCs and works at an office, Racksburg, where we try every day to make useful APIs. If you think I’m wrong or I’ve slighted your favorite status code, it’s probably because I’m an idiot and you should let me know exactly how wrong I am. 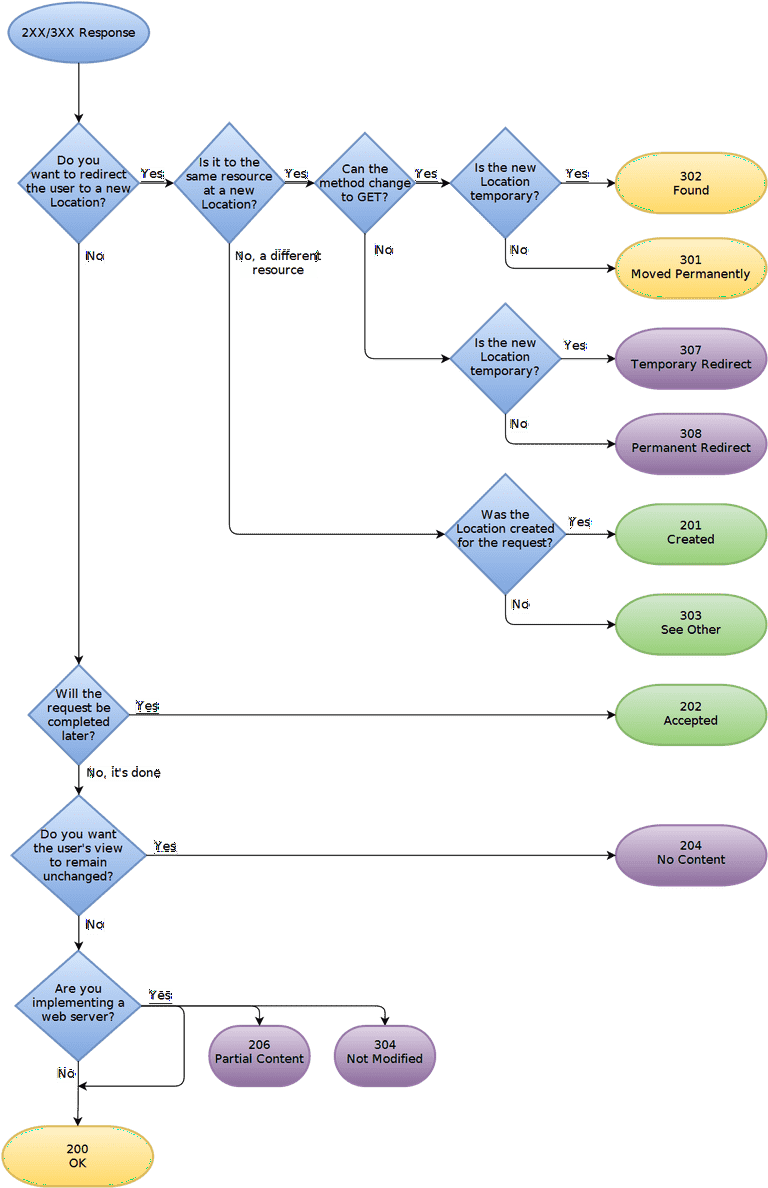 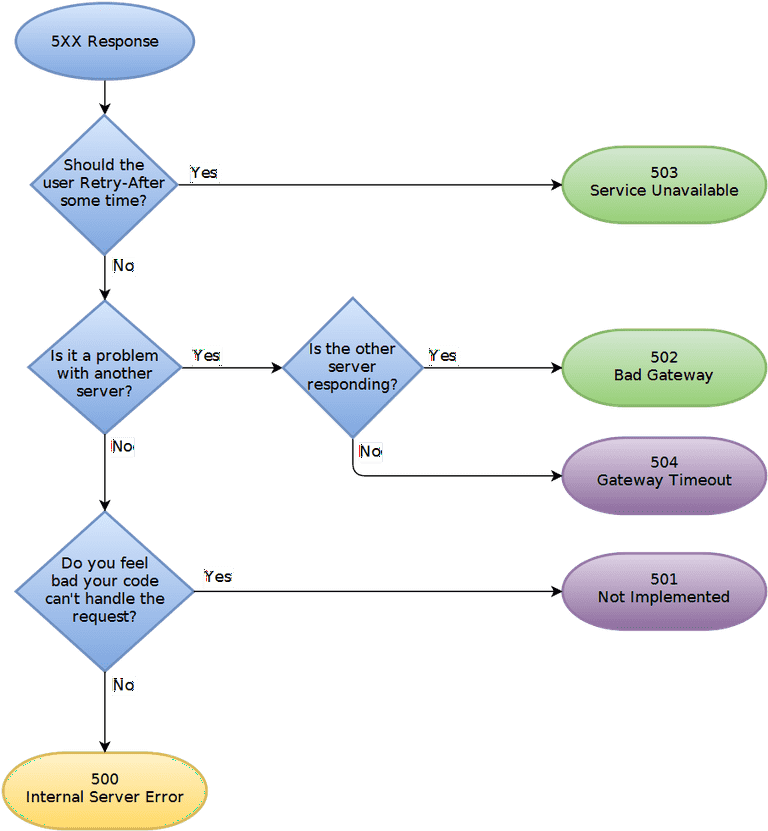 Coda: On Why Status Codes Matter

I’m not completely sure they do matter.

There’s a lot of smart people at Facebook and they built an API that only ever returns 200.

The basic argument against bothering with specific status codes is this: the existing status codes are much too general for a modern website/API. If the response has to include details in an application-specific format anyway — such as which fields failed validation and why — in order for the client to handle the response in any sort of meaningful way, then why worry about spending any time on a redundant, not-as-useful HTTP status code?

When pressed for a reason why it is important to use specific status codes, a common reason cited is that HTTP is a layered system and that any proxy, cache, or HTTP library sitting between the client and server will work better when the response code is meaningful. I don’t find this argument compelling, if for no other reason than this: in a world where everyone is moving to HTTPS, we’ve forbidden any proxy or caching nodes that are not under direct control of the server.

Instead I’ll give you three reasons why I think status codes still matter:

The hardest part of it all used to be deciding which code to return, but with the right knowledge (in say, oh, I don’t know, flowchart form) picking a meaningful code becomes a lot easier.